Skip to content
HomeStuffsThe 5 Best Bleach Action Figures on Amazon No ratings yet.

Blach is one of my favorite anime ever. The concept is pretty good, and the Soul Society is awesome along with Gotei 13 is probably the best part of the anime. The are squads consisting of numerous Shinigami and the anime focuses more on the Captain and Lieutenants of those squads that are the most fascinating characters in the show.

Hollow can also be really interesting, they are souls that become the main protagonist of the show. These hollows have each class, from the weakest to the strongest (Arrancar).

Most fans may already know about the show. Despite the anime has been ended in 366 episodes, but it has sequel on the manga. I personally love both of manga and anime, but there are audiences who also hate this show and give it a low rate. The reasons are varied, starting from poor character development, bad plot after plot hole, random powers and characters that have nothing to do with Shinigami appear, etc.

But, for those who still love this show no matter what, maybe, apart from buying its blu-ray, you want to keep some physical items such as Bleach action figures on your own room. And for you who hate the story but still love the characters of the show, maybe you thought the same thing to buy its figures. 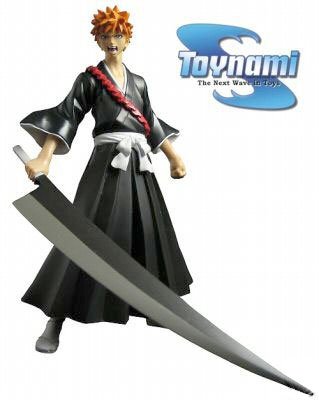 This Ichigo figure is a limited edition and only 200 were made in the world. The figure similar to the one you’d get at FYE except for a couple difference. Ichigo has an angry expression and he seems like he’s yelling something, and he holds the second version of his sword Zangetsu.

The action figure includes 2 swords: One he can wield and the other one is wrapped in cloth and you can attach it to his back.

This can be an excellent for the Bleach fans. It’s limited edition so I doubt you’d be sorry for buying this one. He stands approximately 6 inches tall and has an interchangeable zanpaktou. 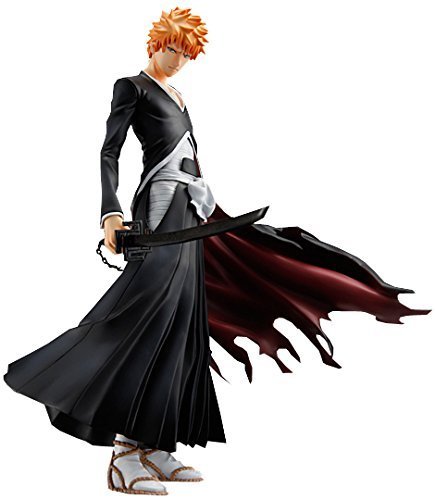 This Ichigo actino figure is all in all very well made. The shoulders in Ichigo’s Bankai fit have a unique look being a bit pointed. The wind effect displayed on his clothes is really attractively done. It can be an effect due to the power of bankai transformation. I think this is the best part. Also, the hair details are appealing and the zanpaktou is very cool.

The paint job on the action figure is top quality and the figure itself looks like really sturdy. This Ichigo figure could have been fantastic if the face was much like in the anime. It’s not precisely the Ichigo I see in the series, but it is more of a close similarity.

Despite saying that, I guess the his expression on his face resembles him very much. 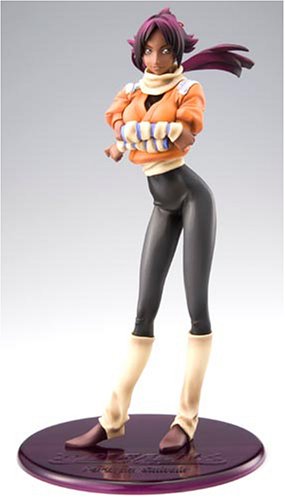 Sold by Megahouse, The action figure includes with stand which about 21cm in tall.

Yoruichi appears to be great and even stands out. She is very thin and includes removable jacket that is easy to snap on and off. It will take some pushing to get her correctly into the large purple stand but it does a superb job supporting her.

The paint is more highly accurate on her lower half with some sports on her undershirt and her arm bands, but they are hardly noticeable. The colors are mesh well and smooth.

Overall, this is a must-have action figure for any Bleach or Yoruichi fan and makes a superb addition to any serious collection.! 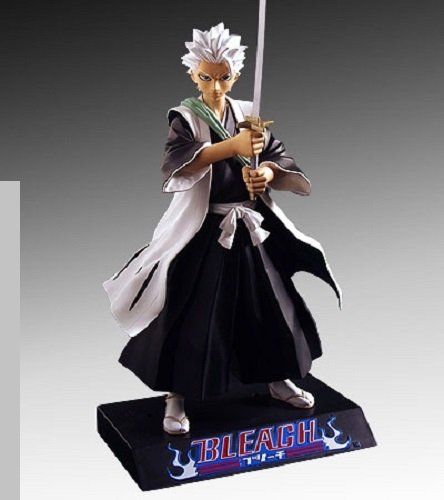 Firstly, if you plan to order this kind of figure, don’t hope to be able to play with it a lot. All it can do is adjust his head, move his left arm a bit, along with removable sword. But for display, it appears to be great and is really durable.

It is not too excessive like several costly action figures and the way he’s made really reflects his anime version. Even though he only can stand in one signature pose, it is no great trouble as he appears to be wonderful in that pose. The detail in this action figure is marvelous for such a low price and I would recommend it to any Bleach or Hitsugaya Toushirou fans out there. He looks just wonderful on your shelf or desk. 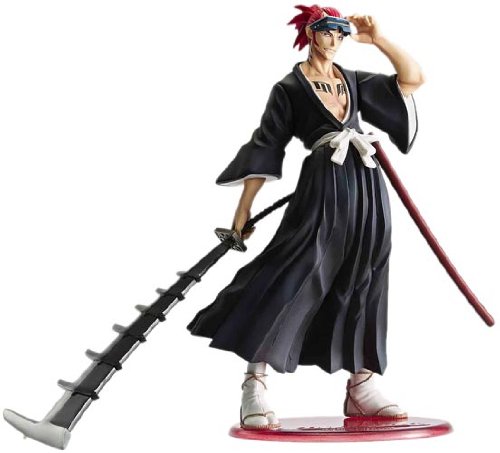 Wonderful action figure to have in your Bleach or just Abarai Renji fans. Great quality and detail. Static action figure with excellent painting and quite nicely done details. He also comes with sun-glasses. This is definitely the best Renji figure you have to get, everything is wonderful.

The only issue is that his pelvis is sticking out which makes a pose some girls would like and sword is really poorly made, but the figurine itself can be magnificent. All in all, very good. Quite expensive but nice.