Gosick is the Japanese detective and historical drama light novel written by Kazuki Sakuraba and illustrated by Hinata Takeda. The series includes 13 volumes were published by Fujimi Shobo between December 10, 2013, and July 23, 2011. The story is set in a fictional European country in the year of 1924 and centers around the Japanese high school boy named Kujou Kazuya and gothic lolita girl named Victorique. Together, they try to solve any mysteries around.

The light novel has been also adapted into anime series with the same name. The Tokyo Pop licensed the light novel series in the English language for North America.

So far, there are 3 different light novels of Gosick written by the same author, namely:

This title is the original storyline and includes 9 volumes. 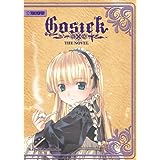 The story starts when Kujou Kazuya attending the prestigious school of Saint Marguerite Academy in a fictional Europe country called Sauville. He got the title of Spring Dark Reaper because of his Asian appearance who comes to the school in Spring. For that reason, he doesn’t have any friends at all.

But one day, he encounters with a doll-like beautiful girl named Victorique in the library. She is really smart 15-year-old girls who then be friends with Kazuya Kujo. After that encounter, the two of them face a murder case in the Ghost Ship that carries the curse.

Review: I personally love how the characters are, especially the main characters: Kujo and Victorique, and how they solve the mystery in the Ghost Ship. However, as a novel that translated from Japanese to English, there are some words or sentence that’s really hard to understand. But if you go for the storyline and characters development, this Gosick volume 1 is great for you. 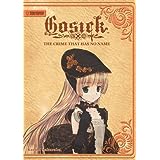 Victorique, a girl who’s always being trapped in the library, starting her journey with Kujo on purpose to find a clue about her missing mother. As the descendant of the Gray Wolves – the people who live in the Kingdom of Saillune. The two of them visits the mysterious in the hope to find something related to her mother.

However, they once again face the murder case in that village, that related to the incident several decades ago. Can Victorique and Kujo solve the case and find the truth about her mother?

Review: Once again I feel amazed after reading this Gosick volume 2. If you know about the Sherlock Holmes, maybe this is the best version along with gothic lolita girl as the main character. The mysteries themselves are not hard to be digested even as a non-mysteries fan like me can understand the story really well.

Note: because of the several issues faced by Tokyo Pop, it’s really hard to find the continuation of Gosick volume 3 and so on. Many fans on the forum talk about this, too. And if you’re lucky enough, maybe you can get the second hand of the light novel.

Gosicks is the side story of the original light novel, Gosick. The light novel tries to explain more detail about the events occurred in several parts of the volumes. However, after we tried to find this light novel in the English version, we can’t find it at all.

It’s different with Gosicks, the Gosick New Continent acts as the sequel of the original series. This novel is divided into several volumes with the unique titled, namely Gosick RED, Gosick BLUE, Gosick PINK, and Gosick GREEN. The story itself is set in New York where Victorique and Kujo Kazuya starts off their new lives after the tragedy they faced in Sauville.